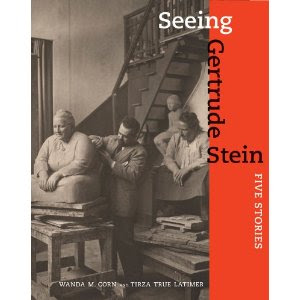 The catalog for San Francisco's Contemporary Jewish Museum show Seeing Gertrude Stein is excellent, filled with a multitude of photos and interesting art, designed beautifully, and it's a good read.  I'm pleased the authors include an illustration and three paragraphs about The Yolla Bolly Press edition of Paris France:
“In 2000, the Yolla Bolly Press of Covelo, California, created a fine-art edition of Stein’s book Paris France, originally published in 1940.  The text is Stein’s running commentary on the habits and national character of the French.  The writer talks to the reader as if across a dinner table, telling stories and rendering opinions––occasional clichés––about French cooks, French food, French cooking, French wars, French soldiers, French dogs, French fashions, French education, French conservatism, and French adoption of American-style modernities such as automobiles, cocktails, and electric stoves.  The text has an anxious subtext, for Stein was writing in Bilignin during the first year of the war; she has a lot to say about soldiers, food rationing, and the hardships of living in the country.  It is not one of Stein’s better-known texts, and the Yolla Bollly edition revitalized it with graphics, typography, handsome paper, elegant design, and an afterword by George Plimpton.
“The idea came from Ward Schumaker, a well-known Bay Area book artist, who first encountered Stein as a teenager in the late 1950’s, when, living with his family on a Nebraska farm, he read The Autobiography of Alice B. Toklas.  The book introduced him to left-bank Paris and its artists.  He adopted Gertrude and Alice, as he puts it, as his new “friends-on-the-page,” there being no one remotely like them in his Midwestern community.  He continued to read books by and about Stein and brought forty years of “friendship” to his collaboration with the Yolla Bolly press.  For the cover image––and another image inside the book––he drew Stein in her familiar pose of talking with her right arm raised to her head.  Under the image, as if handwritten, were the words from the book: “I cannot write too much upon how necessary it is to be completely conservative that is particularly traditional in order to be free.”  The quotation stresses the irony of one of Stein’s staunchest beliefs in her later words, that tradition grounded people, making them feel safe and comfortable and free to be radical in thought and art. 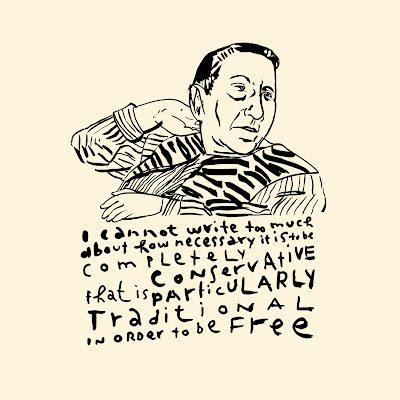 “Stein’s text and Schumaker’s images offer a lovely confluence of minds, for both writer and artist are warm and accessible companions.  But it is clear that Stein is the star, Schumaker her gracious admirer seeking to animate bits of her text and make us read her words more avidly.  His graphics pay homage to the vagaries of Stein’s storytelling––figures float in space, motifs are emphatically repeated, words become beautiful forms.   And the placement of drawings in the book obeys the same logic––or illogic­­­––of Stein’s prose: a turn of a page might reveal an image, unpredictably but delightfully there.  Usually Schumaker’s images respond to specific passages, but sometimes they expand on the text to include more of Stein’s history.  When Stein writes of how undistinguished her quarters were in rue de Fleurus––less than a hundred years old––Schumaker responds with an image that lists, in animated block lettering, the many artists who passed through 27, rue de Fleurus.  He also understands Stein’s affection for dogs, a subject she mentions often in her text because she has just acquired Basket II, her second white poodle.  Dogs appear here and there in the book, simple silhouettes or succinct drawings of different breeds, and from a variety of perspectives; the canine body language is so perfect you know Schumaker identifies with Stein’s dog-centric home.”
The book, written by Wanda Corn and Tirza Latimer, is available through the museum bookstore.
Posted by Ward Schumaker at 3:50 PM No comments:

It's really interesting how the same work looks in two different galleries. At George Lawson Gallery, the composers series was hung one after the other, in a column-like cadence, which fit well into the square room.  Skinner Howard Gallery resides in a huge old brick building and many of the pieces were hung on movable walls, upon which Gwenna and Pamela Skinner hung the pieces in groups. 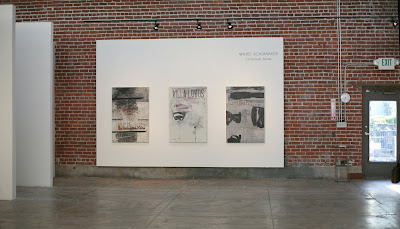 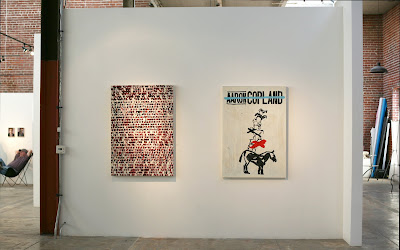 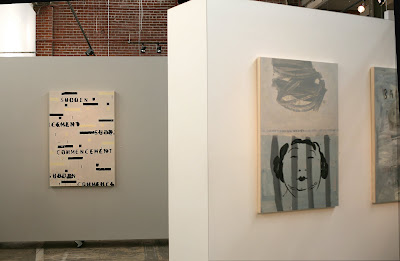 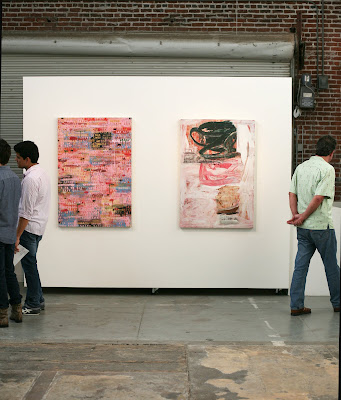 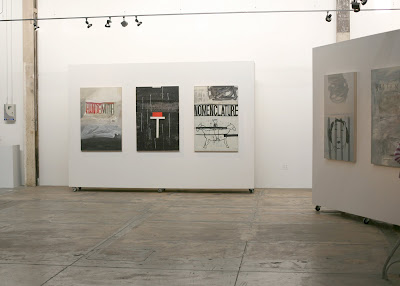 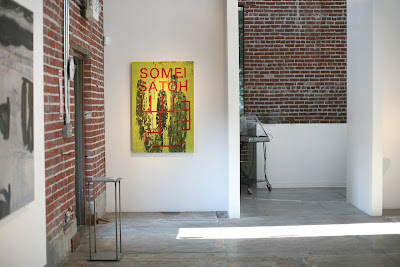 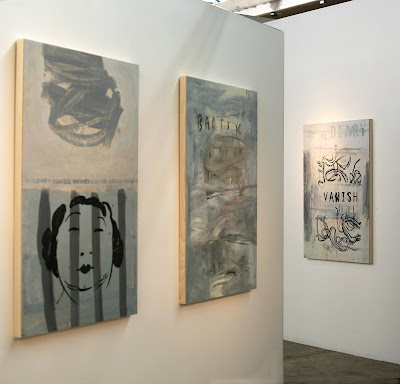 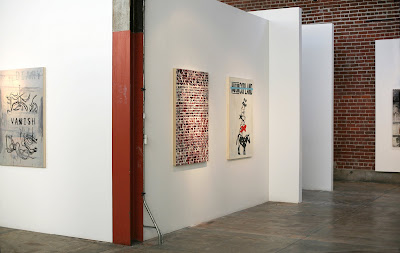