I'd been working with this line, empty film canisters strewn about the gutter, for a long time, trying to get it right, it took a long time; but I finally got it to look the way I wanted and that night I opened up the book I was reading, The Interrogation by J.M.G. LeClézio, and I fell upon these words:

"I've often thought I'd like to be a cinema operator, up in the projection-room.  For one thing, you're shut up in a small room, all alone with the projector.  There are no openings except the door and the slits that let the beam of light through.  All you have to do is put the reel on the spindle, and while it's running off, with a pleasant humming sound, you can smoke cigarettes and drink beer straight out of the bottle, keeping an eye on the blueish electric light bulb and saying to yourself that this is like being on board a liner during a cruise, one of the few people who aren't fooled by what's going on."

The coincidence of finding those words at that moment made me feel like I had gotten it right.

But of course, that kind of thinking is crazy.

And finding I'd misspelled the word "canister" is probably more telling.

Oh, well. Sometimes you misspell on purpose, sometimes by mistake. 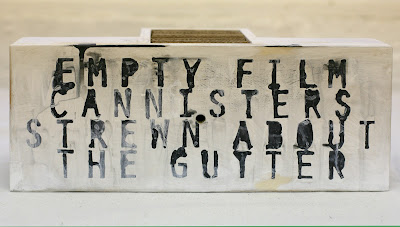 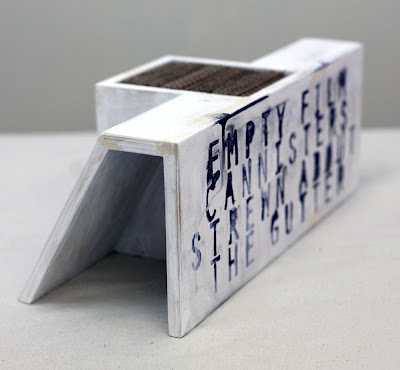 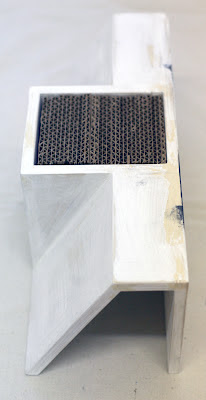 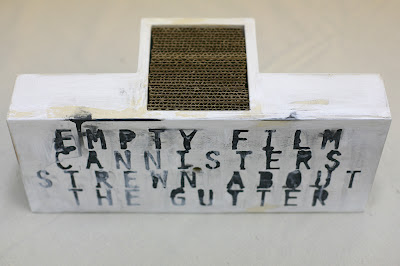 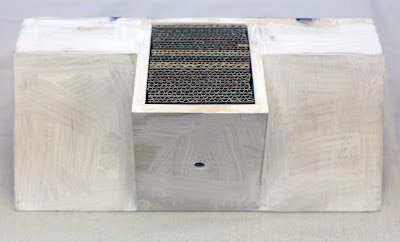 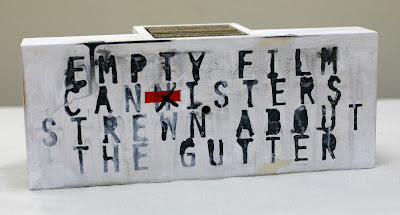 Further update, May 2013: the box continues to evolve; it now looks like this (see below). 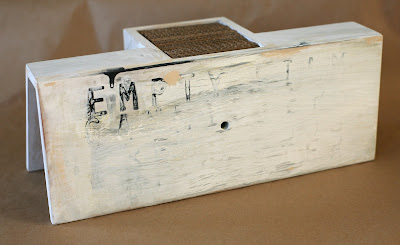 This box no longer exists as shown.
Posted by Ward Schumaker at 6:33 PM